The 13th Article of Amendment was ratified Wednesday, December 9th, 1812 🙂 and published in various State Statute books for over 65 years, Yet the BAR wants us to believe it was all a mistake . . LMFAO
Scroll down this page to see the 50+ Google Book’s hyperlinks proving this mysterious Amendment was not so mysterious after all. See how it was printed in various State and Federal Statutes publications year after year and was NEVER repealed.

Click HERE to see the picture of page 74 of the 1815 Statutes at Large taken at the New Hampshire Supreme Court Law Library in Concord New Hampshire.

For more info, visit my other website NHredress and 2 other websites ‘i’ discovered along the way; The TONA Research Committee which has a link to the Library of Congress proving Virginia was the first State to ratify the Original (missing) 13th Amendment on Tuesday, May 1st, 1810 , and The Constitutional Concepts Foundation that can now only be accessed by way of The Way Back Machine archives.

Here is the Language of the real (1812 Original) 13th Amendment

“If any citizen of the United States shall accept, claim, receive or retain, any title of nobility or honour, or shall, without the consent of Congress, accept and retain any present, pension, office or emolument of any kind whatever, from any emperor, king, prince or foreign power, such person shall cease to be a citizen of the United States, and shall be incapable of holding any office of trust or profit under them, or either of them.” 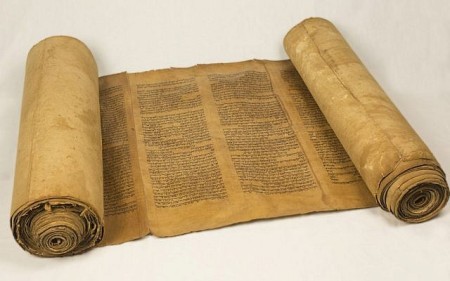 Is a Corporation of foreign investors a Foreign Power?

I believe Corporations with foreign investors as the Boards of Directors are indeed Foreign Powers, and I believe this is why the Original 13th was erased from history . . .

The Screenshot below is of the

Click ON the picture to see it on Google Books

‘i’ believe we are at a critical place in history with the internet being so advanced, where the next generation of researchers need to take the reigns and follow thru by unearthing the 13th Amendment Case law between 1813 and the 1870’s which surely has been buried deep by those who buried this Amendment in the first place.  Please call or email me (603-396-1092 greyursk@gmail.com) if you have info to add to this page.

1816 – The Office and Duty of a Justice of the Peace, and a guide to Sheriffs, Coroners, Clerks, Constables, and other civil officers
See page 418

1816 – A general digest of the acts of the Legislatures of the late territory of Orleans and of the State of Louisiana, and the ordinances of the Governor under the territorial government
See page 76

1818 – A Digest of the Laws of Missouri Territory: Comprising: an Elucidation of the Title of the United States to Louisiana
See page 18

1830 – Interesting events in the history of the United States

1833 – Laws of the Territory of Michigan: condensed, arranged, and passed by the Fifth Legislative Council
See page 22

1834 – The Literary Journal, and Weekly Register of Science and the Arts
See page 311

1838 – The revised statutes of the State of Indiana

1839 – The statute laws of the territory of Iowa

1839 – The public statute laws of the state of Connecticut

1839 – PRESIDENTS OF THE UNITED STATES

1839 – A book of the United States; Exhibiting its geography, divisions, Constitution . . .

1842 – Addresses and messages of the presidents of the United States

1845 – The Revised Statutes of the State of Missouri

1848 – On the importance of an early correct education of children

1849 – Lives of the heroes of the American Revolution

For the use of common schools

1851 – The revised ordinances of the city of Springfield

1854 – HISTORY OF THE UNITED STATES OF AMERICA

1855 – Laws, joint resolutions, and memorials passed at the regular session of the  General Assembly of the Territory of Nebraska

1856 – Laws, Joint Resolutions, and Memorials Passed at the Second Session of the Legislative Assembly, of the Territory of Nebraska

1860 – Laws, Joint Resolutions and Memorials Passed at the Session of the Legislative Assembly of the Territory of Nebraska

1861 – Faulkner’s history of the revolution in the southern states

1861 – Faulkner’s history of the revolution in the southern states

1864 – General Laws, Joint Resolutions, Memorials, and Private Acts Passed at the … Session of the Legislative Assembly of the Territory of Colorado

1868 – The revised statutes of Colorado

1868 – The general statutes of the State of Kansas

1871 – The origin, tendencies and principles of government

1877 – Vermont: Records of the governor and Council