Example: a Man In Black asks “would you like some water before we begin”.

i believe both “yes” and “no” to be wrong answers.

i believe i must rebut the presumption [joinder] that i [a] man, am surety for the person that stands before the MIB. i either rebut, or tacitly consent to the role as a (defendant) loser.

Be Aware; Rebutting by Utterance can be fatal: i believe my common parlance (utterance) is transformed into legalese as it transits from my vocals, … to the MIB’s inner ear.

“speak, say,” c.1400, in part from Middle Dutch uteren or Middle Low German utern “to turn out, show, speak,” from uter “outer,” comparative adjective from ut “out” (see utter (adj.)); in part from Middle English verb outen “to disclose,” from Old English utan “to put out,” from ut (see out (v.)). Compare German äussern “to utter, express,” from aus “out;” and colloquial phrase out with it “speak up!” Formerly also used as a commercial verb (as release is now). Related: Uttered; uttering.

I believe the WIB, not being able to make sense of my utterance is then free to interpret that noise as she so pleases and may even hold me in contempt for disrespecting HER court.

I believe it is therefore critical to express my thoughts to the court only by hand written (man-made) words.

late 14c., from Old French expres, from Latin expressus “clearly presented,” past participle of exprimere (see express (v.)). This led to the noun (first attested 1610s) meaning “special messenger.” Sense of “business or system for sending money or parcels” is 1794. An express train (1841) originally ran to a certain station.expressly (adv.)

One way i might rebut the attempted joinder may be to hand write “i, [a] man am not a ewe, yew or a you; i am [a] man. i do not understand legalese, computer language or the customs of your legal society. i want of no man, God provides all; i, require a cup of water for my thirst.”

I might give it to the bailiff to enter as my answer on the record.

if asked another question i might answer in hand writing “are YOU asking me this question as a man or a MIB?” … if he states MIB – i might simply answer – by hand – with “yes, it certainly is a lovely day” or … “Forgive me, i completely forgot about the Cinnamon rolls but coffee would be great”

I do not understand Chinese, legalese, computer language, or the customs of the legal society …!!! 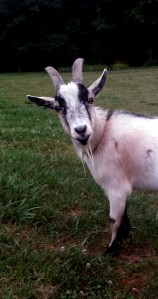 If a man dare speak in court, let it be only in repetition of the words he did lay on the record by way of Notice prior to “making noise” before the court lest he be held in contempt.

3 thoughts on “Man In Black”